GOD Revealed HIMSELF to Me

In January of 2018, GOD the FATHER presented HIMSELF to me in such a powerful way, that it was impossible for me to deny HIM. Once I was Baptized by the HOLY SPIRIT, everything changed. I could see, feel, hear, and experience the Spiritual Realm; and after I was Adopted, my life has not been the same since. I see and hear the world through HIM. Both the Baptism by HOLY SPIRIT and the Adoption were major and powerful Spiritual events. I know for a fact, and without a doubt that I am saved and that I come from the FATHER. At first HE communicated with me clearly and non-stop. Whether HE used HIS audible voice, wisdom, understanding, visions, dreams, scents (yes, you read that correctly), through other people, or a combination of all of those. HE doesn't communicate with me non-stop like HE did initially, but HE still communicates with me regularly. One thing I've learned about HIM is that HE doesn't waste time and HE doesn't waste words. HE says what HE means. HE's absolutely and perfectly intentional. HE speaks so clearly and so simply, yet HIS words are filled with meaning and depth. Sometimes his communication is filled with layers upon layers of meaning that go on and on. It's amazing how rich HIS communication can be. I can easily get lost in it. I can talk to HIM for hours. I have. It's wonderful. It's not just what HE says, but how HE delivers the message. For example, HE sometimes will begin with an audible sentence, stop speaking, and then finish it with understanding that comes from deep within my Spirit. It's amazing how HE times it all. How HE stops speaking but yet the communication continues. It doesn't loose its flow, timing, meaning, nor power. I can feel the understanding "bubbling up" from deep within my spirit. The way he structures HIS words and sentences, the timing of HIS delivery, and the words HE chooses, are absolutely intentional and wonderful. I've never experienced anything like this. I love communicating with HIM because I know everything HE tells me is TRUTH and there's just so much to learn! It's not my truth, it's HIS TRUTH. It's the only TRUTH. There are certain TRUTHS HE's shown or taught me that were difficult to accept; but I've accepted them and moved on. Communicating with HIM is wonderful, it's the TRUTH itself that can be difficult to deal with. HE is such a gentleman and so loving, that HE actually gives me the time I need to deal with some of the difficult things HE's shown me. Some of HIS communication has been so rich, that it'll last hours, days, or longer, even after HE's communicated it. HIS WORDS are embedded in my Spirit. HE will take me back again and again, or keep me in what was communicated until I fully understand it; or sometimes I'll purposefully stay in it, in order to truly appreciate it. It's amazing and inexplicable how I can immerse myself into HIS WORDS so deeply, they envelope me inside and out. I can sometimes literally feel the words and the meaning in me, through me, and around me and deep within my heart. Although there are plenty of times where even though I've received a deep understanding, I still have questions. It can be easy for me to forget I received an answer because I come back with more questions and don't spend enough time absorbing the initial answer. Unfortunately, living in a hurried culture has affected my ability to sit still, ponder, revel and indulge in HIS perfect communication. This is something HE's helping me change, by slowing me down. It also doesn't help that I have a hard time staying satisfied when it comes to being and communicating with HIM. My desire for HIM is voracious and insatiable. I can't get enough! HE also communicates with me through visions and dreams. It's fairly regular and extremely comforting. HE also presents HIMSELF to me visually. Specifically, in the form of light. After all, HE is a being of light. HE is living energy. HE is a SPIRIT! I see HIM regularly. HE's presented HIS face to me a number of times and continues to do so. Each time HE expresses HIMSELF differently, but each time, I know it's HIM. I know my FATHER and I adore HIM. HE is so good to me and I am eternally grateful for that. GOD Bless you and your house. 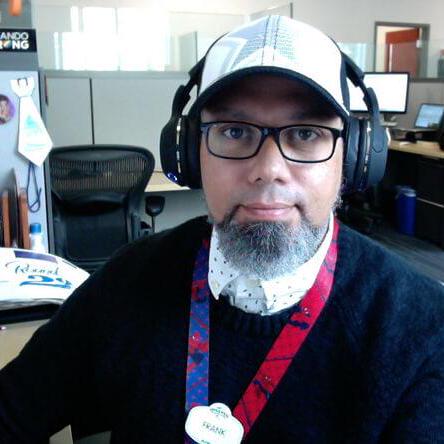